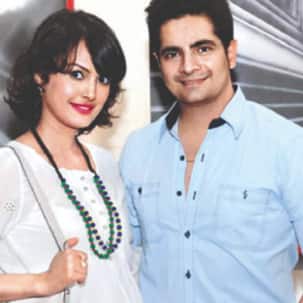 Karan Mehra talks about Nisha Rawal’s behavior: Karan Mehra and Nisha Rawal, a well-known couple in the TV industry, are in the news regularly. Nisha Rawal had lodged a domestic violence complaint against Karan Mehra with the Mumbai police, after which the actor had to go to jail. After sending her husband to jail, Nisha Rawal made a big statement to the media and said that Karan Mehra used to raise his hand against her and abuse her. Seeing Nisha Rawal’s injury, everyone became emotional and they told Karan Mehra a lot.

Karan Mehra is now also speaking against Nisha Rawal. Karan Mehra has also accused Nisha Rawal of assault. Talking to media, Karan said that he was so upset because of Nisha’s misbehavior that he felt like committing suicide.

Karan Mehra told the media, ‘Nisha is always angry. He used to beat me too. When he gets angry, he moves his arms and legs. When he was angry, he could not understand anything. He starts throwing things away in anger. I thought this would all be okay and something happened but it started again a few days later.

Karan Mehra further said, ‘The situation between us has not been going well for 5-6 years. There came a time in my life when I started thinking about dying.

After this statement of Karan Mehra, it remains to be seen how many people support him because so far everyone is standing with Nisha Rawal. Nisha was hit in the head when she came in front of the media. According to Nisha, Karan pushed her against the wall so hard that her head exploded.