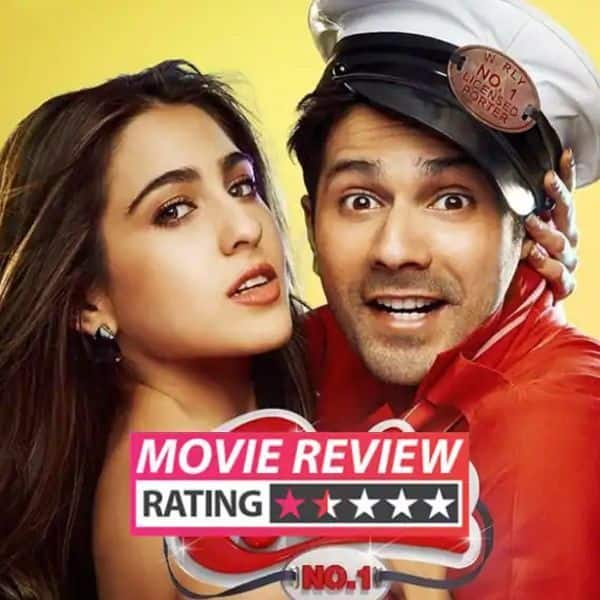 Varun Dhawan And Sara Ali Khan Macho movie ‘Coolie No. 1’ Published on Amazon Prime. The film is a remake of the 1995 coolie No. 1 starring Govinda-Karishma. The makers of the film promised to give people a full dose of laughter. Let him know he was able to do it?

What is the story of the film?

Raju (Varun Dhawan) is an orphan whose mother has separated from him. He spent his childhood at the railway station. Pandit Joy Kishan (Javed Jafri) chooses Raju to marry Sara Rosario (Sara Ali Khan). Sara is the daughter of Jeffrey Rosario, the owner of a large hotel in Goa. Jeffrey Pandit severely insulted Joy Kishan and in retaliation Joy Kishan planned to make Raju Jeffrey’s son-in-law. Raju falls in love with Sara. Raju pretends to be rich and marries Sara and Jeffrey then finds out that Raju is not rich but a porter. A lot has already happened.

Honestly there is no reason to like this picture. The old picture succeeded in making people laugh but in this picture it failed. There was good chemistry between Kader Khan, Sadshiv Amropur and Shakti Kapoor in the old film but there is nothing like it in this film. Varun tried a lot to play the role of Govinda but he failed. In the film, Deepak (Sahil Vaidya), who has become Raju’s friend, has done justice to his character.

Old movies make you laugh a lot. The new porter is a complete flop in this case. The handwriting of this remake was quite loose. In the film, Paresh Rawal’s rhyme annoys people instead of making them laugh. You will miss Kader Khan for sure. You will not be able to understand whether the producers wanted to remake the old Coolie movie or the modern version of it.

It would have been better if the old picture had not been teased. The old picture is much better than the new picture and full of comedy. 1.5 stars from us for this movie.